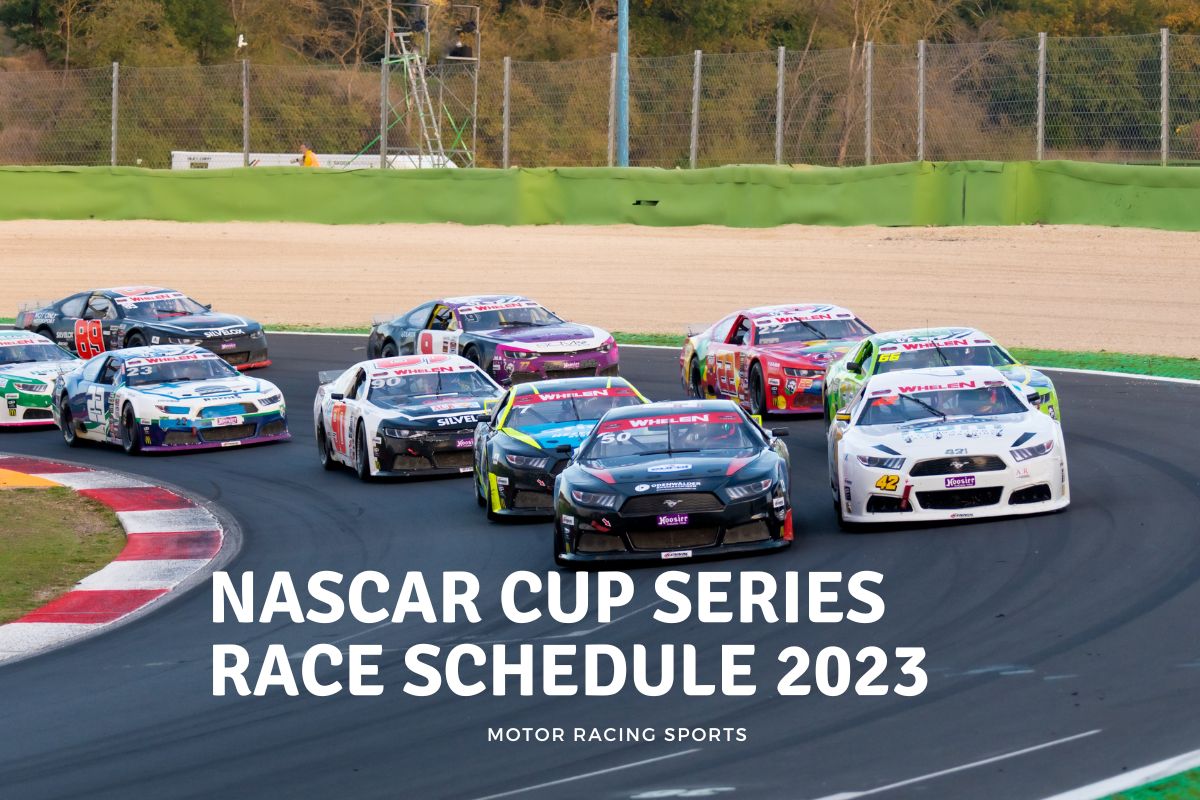 Time Flies as they say and the Schedule is released, mostly complete, for the NASCAR Race Schedule in 2023. We have it both in a table form to bookmark this page and as a downloadable file if you wanted to print it and put it up somewhere.

Though most races in the NASCAR 2023 Race schedule are on Sundays there are a couple that find themselves on a SAturday ( Bristol Race) and a Thursday (the Duels at Daytona) so keep an eye on those.

Also the vast majority of the races are at 2-3 Pm, but there are some that are early to late evening starts so make sure to note those so you don’t set up your viewing too early. We list the evening races in a list below the table in case you need. All in all there are 39 days of NASCAR Cup Series Racing in the NASCAR 2023 Race Schedule and you can see them in the table below.

We have also linked to our track facts articles, or other relevant articles next to the times and locations so you can learn (or remember) a little about the tracks, its records and who won last year.

Points to Note about the NASCAR Race Schedule 2023.

Who are the rookie drivers in The NASCAR 2023 Season?

TBA – its a little too early to formalize who will be making their debut / full season in the NASCAR cup Series just yet so we will update when its looking a little more solid.

The biggest change of the year is the addition of the controversial Chicago Street Race in July which has been met with both excitement and trepidation. However veteran driver Jimmie Johnson returning for a few races, including the Daytona 500, is also pretty big news

As with all things NASCAR its not that straightforward a question. The Pre-layoffs winner was Chase Elliott, but in the round of four Joey Logano clinched the overall title in 2022.

It looks like another hectic schedule for the teams and drivers in 2023, and with the added drama, love it or hate it, of the Chicago Street race thrown in Mid Season.

Personally I have a feeling a rookie is going to win it this year, and create another love it or hate it drama.