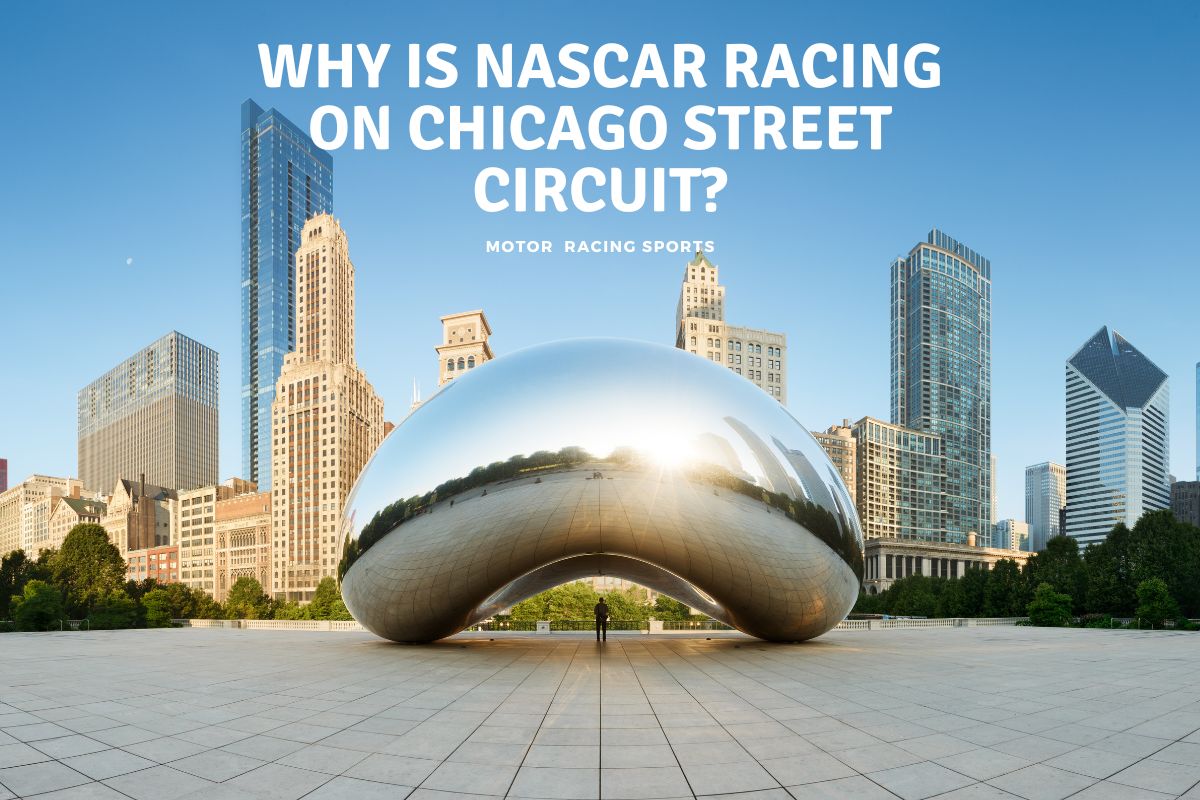 NASCAR has seen a lot of changes over the years, but street circuit racing may be the biggest change of all. NASCAR will be using the street racing format in Chicago next year; let’s find out why NASCAR is doing this, and how it may impact the sport.

NASCAR is racing on a street circuit in Chicago in July 2023 as a way to challenge drivers, give fans something new and exciting to watch, and help NASCAR compete on the global racing scene. The Chicago street circuit will be a unique blend of traditional NASCAR and the globally familiar form of street circuit racing

Keep reading to learn more about the 2023 NASCAR Chicago street circuit, and what this addition means for the sport will this be a one off, or are we going to see more street circuits in the NASCAR season

The Chicago Street Circuit is New for 2023

The NASCAR street circuit race in Chicago is set to be one of the most anticipated and even controversial American sporting events of 2023. Set for July of next year, the event will take place over Independence Day Weekend, and hopes to draw in massive crowds to Chicago’s iconic downtown.

Racing and careening through commercial streets right next to spectators, the event seeks to be something unique and memorable for fans and newcomers. Starting on South Columbus Drive, the race heads north on East Balbo Drive, then east and southeast on North Lakeshore Drive and East Roosevelt Road. Drivers then head west and south on South Columbus Drive, west on East Congress Plaza Drive, and north on East Jackson Drive.

The race will maneuver past parks and restaurants, allowing viewers to remain in downtown Chicago as they watch the action on the streets and if not watch they will certainly hear it! NASCAR is Loud even in a open ( ish) stadium, wait till it takes to the enclosed streets of Chicago!

Why is NASCAR Doing This?

These are a lot of changes for NASCAR. Why would NASCAR make such drastic changes to the sport?

For years, NASCAR has been known for its oval race courses, and for tracks outside of major cities. This marks a departure from both formats, and takes the race right into the heart of a city, through narrow twists and turns, and sharp bends.

Reasons for shaking up the format include

Let’s break down each reason and look at whether or not street circuit racing is the future of NASCAR or if this will a one or two year event.

The undeniable success of Netflix’s “Formula 1 : Drive to Survive”

series has brought millions of viewers into the driver’s seat of Formula 1 racing, long popular in Europe and Asia, it has now started to make larger inroads in to the American market. This is direct competition to NASCAR, and for that matter IndyCar as well.

U.S. viewers who had not much interest in F1 as a sport have been pulled in by the drama, excitement, and danger of high-speed street racing. It’s undeniably thrilling and entertaining, and many Americans have become interested in the format.

NASCAR is likely seeking to combine the features of F1 racing and traditional NASCAR into something new and interesting to help hook F1 fans as well as give traditional NASCAR fans something novel to look at. The competition between the two forms of racing does seem to be heating up, and the 2023 Chicago street circuit race may reflect this.

It is also strongly advisable, especially with the drivers and the teams have such history and colorful personalities that NASCAR also does something along these lines and create a half reality, half documentary NASCAR Show. F1 is global, it is just in America that its popularity is behind NASCAR this show is changing that, so perhaps time to fight fire with fire.

If NASCAR also try to broaden their appeal to an more international Audience who knows how big it can get, the cars are much more relatable to the average motorist than a open wheeled F1 race car and putting them on a street circuit takes it from a purely racing environment to one people can relate to.

How long till we see a few exhibition events over in Europe do you think!

NASCAR Seeks to Challenge its Drivers

NASCAR is already difficult and takes immense skill, but the oval-shaped race circuit are thought to be a little predictable, and doesn’t allow for a lot of driver creativity compared to a much tougher race track. However, this is incorrect and the concentration required to maintain 190 miles an hour for 3 hours with 40 other cars inches away is incredible. It just doesn’t necessarily translate to that with viewers.

Forcing NASCAR racers on to twists, turns, and narrow streets will be a challenge for their senses, and will push their skills into a new arena. It can test already excellent stock car drivers to driver in new ways, empower them to learn new skills, and compete internationally against the best street racers.

NASCAR is also looking to bring in newer fans. Many young people seek entertainment on-line or via social media. Sports can be said to have taken a back-burner for many young people, as they connect on-line and work hard to become the next TikTok phenomenon.

Street racing could help bring in young viewers, and help teenagers gain excitement for the sport. The attention span of young adults does seem to be getting shorter and shorter. Studies

link this to increased internet use, and the effects of digital stimulus on the brain. Using a racing format that is more exciting and faster-paced may help bring in a younger audience, and keep spectators hooked.

I once watched a NASCAR race with a friend from India, who was more familiar with F1 racing. He watched for a while and then commented “So…. do the drivers just drive around in that little circle all day? That’s it?”

I laughed out loud and was startled by his question. He was right, though. Yes, the race car drivers drive around in circles, slow down, and drive in more circles. I’m used to that, but my friend found it boring.

Street circuit racing is something fresh and different that allows fans and newcomers to watch something dynamic, unpredictable, and perhaps a little scarier than traditional NASCAR racing. The NASCAR Chicago Street NASCAR stay fresh and different, and evolve with changing tastes.

Whether or not NASCAR keeps this format depends on a number of things.

Once the numbers are in, NASCAR can evaluate whether or not this format could be their future. Keeping a new racing style depends on whether or not it has the ability to propel NASCAR through the 21st Century.

If it seems like this format has been met with delight and a little trepidation from older fans and new viewers alike, NASCAR may decide to make this format part of NASCAR regularly if this initial reaction continues to July Next year.

The NASCAR Chicago street circuit race in 2023 will be something new and exciting for NASCAR. From competing with international F1 racing, to pushing its drivers to new limits and bringing in a newer and younger fan base, the reasons that NASCAR has for doing this are varied.

Whether or not this succeeds will depend on fan feedback, and whether NASCAR feels this will be a profitable and useful way forward. We may well see more of these races in the future, as NASCAR listens to fans and evaluates feedback from 2023’s Chicago street race.