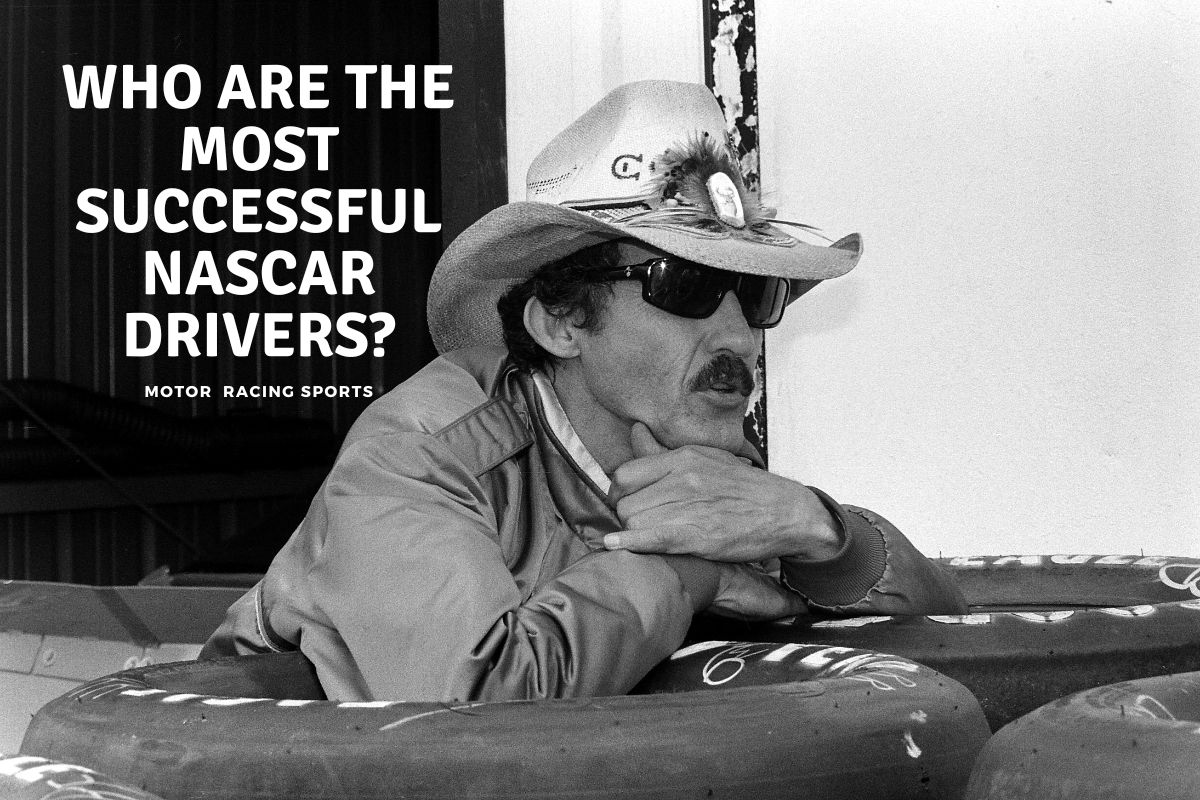 If you’re a long-time or brand-new NASCAR fan, you may want to learn more about the record breakers of the sport. What makes a NASCAR champion? Who are the sport’s greatest winners? Let’s learn more about NASCAR’s all-time greats, break down the winners’ stats, and answer the question “Who are the most successful NASCAR Drivers?”

Keep reading to learn more about the all-time NASCAR champions, what makes a champion, and how these excellent drivers have made their mark on the sport. Although one name doesn’t often make the list, that of Herb Thomas, and we will explain why he deserves a more of a mention below.

Who’s Won the Most NASCAR Championships?

The NASCAR Cup Series Championship is awarded to a driver by the chairman of NASCAR, honoring them as the most successful driver in a given season.

So who’s won the most championships of all time? That honor goes to three men: The mist Successful NASCAR Drivers are as follows

Each of these incredibly skilled and talented driver have each won this honor seven times. This honor is determined based upon a points system

, which is tallied up based on total race performance throughout the season.

This means that these three men have been honored as doing the best over the course of a season in the most number of races seven times. You don’t have to win every race to win a Championship, you just have to do consistently well and finish close to first in the maximum number of races possible per season.

Richard Petty was most active in the 1960’s through the 1980’s. Dale Earnhardt rose to fame in the late 70’s and raced until his death in 2001. The undeniably talented young racer Jimmy Johnson rose to fame in the mid 2000’s and won his seventh title in 2016, racing full-time with NASCAR through 2020.

All-time wins simply means the sheer number of NASCAR Cup wins that a driver has taken home. Three names truly stand out in this category.

: Richard Petty truly stands apart as a winner based on sheer number of all-time wins. At 200 Cup wins, he earned the title of “The King” and remains one of the biggest names in the Sport.

: Back in the late 60’s David Pearson was on top. Nicknamed “The Silver Fox”, Pearson took home a total of 105 Cup wins over his career.

Other noteworthy names in this class include Dale Earnhardt with 76 career wins, Rusty Wallace with 55 wins, and Lee Petty with 54 career wins.

Most NASCAR Wins in a Season

The most wins in a season for a single racer goes to Richard Petty. Yep, The King got 27 wins in one season in 1967. Richard Petty also won 10 races in a row in 1967, making this an incredible year for him, and cementing him as a true record-breaker for the sport.

Statistically, The King has also performed the best per race, and gotten the highest percentages of Top 10 places per race compared to any other driver. That’s crazy, but that’s what makes him a legend and an all-time NASCAR record-breaker.

NASCAR Driver with Highest Wins to Starts Percentage and Ratio.

We mentioned a driver called Herb Thomas in the beginning of this article, and feel he is often overlooked in terms of the sheer volume of wins that Richard Petty had during his long career. Whether this is rightfully so is a matter for debate but Herb managed to win 48 of his 228 starts back in the 1950s which gives him a win percentage of 21.05% or for every 5 races he was likely to win one. You can see the top 4 NASCAR drivers by wins below.

As you can see in the table above Richard Petty actually is sitting at 4th in the list of wins to starts ratios, which is certainly nothing to be criticized, but little, or at least lesser known, Herb Thomas should receive a little of that glory we think, although to be fair he is a Hall of Famer!

Something else of not from the table above is that all of these wins occurred over 30 years ago. As the cars became more equal the frequency of different drivers winning races increased, couple that with earlier retirements, changing age limits and while the percentage of wins may be beaten the sheer number of NASCAR wins is unlikely to ever be.

Richard Petty has that one secured for the foreseeable future it seems!

Most Iconic NASCAR Drivers of All Time

Certain names stand out in NASCAR as immediately recognizable, even to those who aren’t familiar with the sport. Just as “Babe Ruth” is synonymous to many with Baseball, some names simply have become a part of the nation’s sports psyche. Let’s glance at the most popular names in NASCAR, and review their wins.

Dale Earnhardt is one of those names. If your friends can’t name a single NASCAR driver, they can probably name Dale Earnhardt. He had an aggressive, “go-big-or-go-home” racing style, dominated on the track, and was an excellent and highly-skilled driver.

He died tragically in a three-car crash in Daytona in 2001. He was a seven-time Championship winner, and had 76 wins.

Jeff Gordon was an icon in the 1990’s. He was a talented driver in his day, and went on to become the richest and perhaps most commercialized NASCAR driver yet. This made him into a household name, and even folks who couldn’t care less about NASCAR knew and could identify Jeff Gordon.

With 93 wins, he was a dynamic and likeable public figure and a sports hero to an entire generation of kids.

Glenn “Fireball” Roberts had a brief, tragic, yet incredibly promising career. One of the first NASCAR drivers, he won 33 out of the 206 races he participated in, and had 32 poles.

He was an undeniably talented and brilliant racer, and died due to burn injuries sustained in a crash during a race in 1964. This lead to NASCAR requiring flame-retardant driving suits, and stricter safety practices.

There have been three seven-time Championship winners, namely Richard Petty, Dale Earnhardt, and Jimmy Johnson. These men have earned the most number of points per season, the most seasons in a career and can be called the most sucessful NASCAR drivers of all time.

The greatest number of wins per career goes to Richard Petty, with 200 cup wins, and some of the other iconic names in the sport remain Jimmy Johnson, Dale Earnhardt, Jeff Gordon, Herb Thoams and Fireball Roberts.

The all-time Champion and record-breaker in the sport, however, is hands-down Richard Petty. He has the most wins, alongside having won the NASCAR Championship seven times, has the most wins in a season, and has won the most races in a row. He truly deserves the title of “King”, and is the undisputed Greatest of All Time in the world of NASCAR.